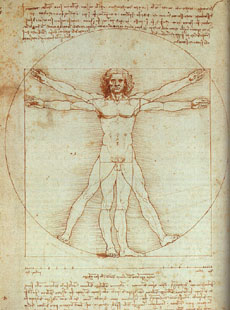 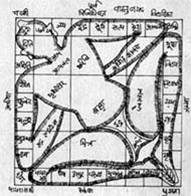 1945 – human-activated instant Cosmic Revelation. Atomic fission and fusion was consciously initiated and violent advanced. Consistently directed transformation of Earth in every environment and society – 12,000-years of the relentless and ruthless ‘man-made’ intrusions of our ‘Anthropocene-age’ – achieved that re-organising end.

In world-warring-finality to an epic world-warring epoch, that matter-transformative end-point set a base for present Cosmic departures. But the activating process had always been everywhere operative – via a same, most simple, Universal formula.

Einstein new-determined that as ‘Relativity Theory’. Yet its originating and ongoing activation (a radical-guiding ‘secret’) was long-disclosed in Architecture.1 As made everywhere permanent all must engage its directives, in that reconstructive way.

That base-equation defines origin and evolution of everything. We too are constructed as and from that; each made dynamic in ‘Life’ – interactive in a finite Universal Existence.

Yet, for most (as then till now) it all seems “too difficult!” So why is there that ongoing absolute divergence in a fundamental understanding? Does it require Einstein’s or Leonardo’s genius-level of mind to appreciate it?

No; anyway, not according to Einstein’s then-recent Maths Professor, Minkowski. Student Einstein was (in Minkowski’s and others professional assessment) intellectually very poorly equipped; too much a lazy-dog to advance in any career – as he never did! [He soon arrived to stay alone, at that top position.]

So (from 1908) Minkowski’s is yet the standard ‘4-D‘ interpretation of Relativity’s ‘Space-Time’ formula. That is where the basic-problem of understanding starts – and remains;3 ‘Space’ so-made finite – a ‘3-D‘ void + ‘1-D’ infinite linear ‘Time-continuity‘ of ‘events’.

Minkowski’s Mathematical Mindset influenced all others. Classically pre-conditioned he assumed ‘space’ and ‘time’ as self-evident concepts – to wrongly conceive a base-metric!

Einstein’s Universe is non-classical – then an absolute radical construction. For most as concerned, too revolutionary. As coincidental with ‘Modern Art’, till now it presents that too-big break from ‘common sense’ historic-accepted authority of Western Classicism.

That base-deficit yet negates operations from the highest to lowest level of our ‘science’ organised existence. Imposed as ‘Post Modernity’ it has its consequential social, scientific and cultural confusions, now highly destabilising to prospects of this ‘Earth-Age’ survival.

Steven Hawking’s ‘astronomic’ achievements were BBC celebrated to an audience around the world. Broadcast from a packed auditorium of advanced-science enthusiasts, one there dared enquire – “why is Relativity’s C2 a “squared” number?” Quick came a confident response – “to make that so-represented radiant energy its very large absolute quantity”. But then, why not “cubed”? A moment-pause; a studio silenced in thought – but none dared to ask another such ‘dumb’ question! So now that is our concern – “Why not”?5

Well into the 20th-century, a ‘Western Classical’ concept of existence accepted everything as seen – eternal facts; Nature’s infinite variety ready-made ‘fix-measured’ in pre-antiquity. Spontaneous existence then perfected according to a capricious Will of an unseen and unknowable ‘Creator’; any ‘hidden’ operating formula given to the enquiry of mystic-minds.

The idea of variable-organised creative systems in evolution – as ongoing in ‘Modernity’ – too recent and radical for general acceptance of its revolutionary implication. Progress as really necessary must be in ‘Darwinian’ refinements; removal of random-acquired flaws, obsolete or inappropriate intrusions to ‘survival of the fittest’. Advanced technology, if appropriate directed, ensures that smoother stable operation of an inherent eternal order.

So presently a ‘Post Modern’ programme is embraced as electronic-connected ‘Consumer Society’. But ‘consumption’ as a life-style ‘growth’ strategy must increase Mass via Energy depletion or creation; ‘Amazon’ projected to arrival at an ‘Easter Island’ drop-box – or the ‘Hiroshima’ solution? Yet ‘thought’ is massless infinite-expansive ‘C2‘; 2-D in virtual-space.

So where is the ‘open-secret’ of Universal Creation to be seen – as evident in Architecture?

It was that first-time physically installed planar/rectilinear logic that made its new [Neo-lithic] layout, lifestyle-determining. Soon an enforced ‘2-D’ activity and its inherent mindset extended ‘Civilisation’ to 1945’s global finality – in E=M.C2 Atomic-Energy transformations.

3 “Through the Looking Glass” – https://space-cell.com/2019/11/22/through-the-looking-glass/?fbclid=IwAR3nKZKTBd0G6ul8Ab3KC-roxRZ_QHlcnuze_tC6X6PJ–SRrT_WXqCjVoQ