Why a ‘New Home’ Environment is an essential artifact.

20th-Century Physics defined the instant origin and programmed evolution of every Existence. Opportunity and willpower tested the genius of abstract Metaphysics. A century of new mobility – Flight, Rocketry, Telecommunications, Computers – global installed a way of life as never previously conceived. Only ‘The Home’ has yet to be appropriately reconsidered revolutionary in freely accessible advanced technology.

Human-direction had initiated a yet ill-defined new Cosmic Epoch. A new programming already sets our extraterrestrial presence as a Universal-effective transformative species.

New Homes must come equipped for new lifestyle conditionings, new cultures and socio-economics. New Housings, as only creative imaginations provide, sustain a re-creative and transformative endeavour, so we might recognise and pursue a self-secured future.

Natural and Human engineered change engenders new prospects along with the perils of major Earth and Climate changes – now evident as problematic to our collective survival.

An ancient Philosophical Observation was remade ‘Modern’ via Taxonomy and Physics.

Everything ‘the same’ has the same Form – everything ‘different’ its different Form.

We classify ‘groups’ by their collective same-Forms [even as Qualities: Textures, Colours, Sounds and Smells are conditioned by energetic formations as specific-shaped waves].

The purpose of this presentation is to demonstrate a fundamental consideration – the same-shaping of a ‘dwelling’ conditions a specific same mind-set in its occupants as individuals and communities; so ‘Civilisation’ was globally effected.

Only three Basic Forms can exist – round curved or flat-plane-surfaced or triangulated containment. Those must separately or together shape-condition everything. As a yet unrecognised molecular structure must have first-housed ‘miraculous’ Life, so Human Life was thus purposefully re-housed in a material and energetic metamorphosis of a new Home Formation. The ‘House Style’ of every past and present Society is geometric-made – as is that of every aspect of our self-forming, connected and interactive-evolving Universe.

Nature’s Nomads1 in their mobility have ‘chosen’ to construct and occupy round ‘homes’. ‘Civilisation’ demanded ‘unnatural’ fixity in extensive settlement. A then-new ‘Neolithic‘ mind-set was formed in its transformative planar-rectilinear containments (revealed evident at Catyl Huyuk – Anatolia2). Now, another thinking is being rapidly activated in the globally-extensive pre-structure of enforced New Mobility. The ‘Future Urban Home’ sets a ‘Life Style’ operative-advancing in new form-conditioned ‘Neotectonic‘ environments.

The geometrically-simple formulation of Einstein’s ‘Relativity’ revealed every particular Form predictably activates its specific creative/destructive or conservative effect. So the evolutionary directing Architecture of the Universe is a geometric – seen as such ‘Home-Formed’ conditioning in Snail’s Shell, Bird’s Nest or Human Shelter or Dwelling.

As formerly ‘natural’ made, a human constructed ‘Home Location’ as the first-made ‘House’ was transformative – activating us towards realising a specific end we cannot yet imagine.

‘Architecture’ creating a Material Home as emblematic of an abstract conception, is an evolving impetus seemingly inherent in every existence. Transcendental God’s Sacred Temple, our Kind’s Accommodating House or Mammon’s Fortified Security are set in self-appropriated Iconic Forms [ref; Jung – “Archetypes and the Collective Unconscious”].

Once before humanity seized brief opportunity for major reconstructive advance. Via the Neolithic technological revolution an individual ‘Home’ was devised, standard tri-partite, appropriate for mass social-conditioning. The instant-sheltered fluid mobility of all hunter-gatherer family-bands was then marginalised. A crystalline geo-metric conception was forced-available. Fixed as permanent, our collective future in Civilisation was rectilinear-programmable, infinite-extended to world-wide inter-connection on a computer-chip.

10,000 years ago, on riverine flat floodplains of the first farming activity, a Four-Square ‘House’ was erected. A modular-prototype, built in its mineral-crystalline fixity, set the operating programme of every future Civilisation. A planar-rectilinear formation was everywhere made locatable, predictable productive towards a new time of transformation.

Thus square-set, our world was axial-directed on a course to that epic finality in the Global Urbanism of 20th-century Civilisation. ‘Modernity’ final-framed a transformative imperative – as Buckminster-Fuller’s triangulations and domes then predicted return to a Mobile future3.

That activating base of ‘The Future Urban Home’ has been energetically constructed. As ‘The Brick’ was a mineral-fixed prototype (elemental atom) a quantum-forming in dynamic bio-cellularity future-conditions and directs humanity’s individual and collective odyssey.

Material Architecture formatively activates bio-morphia – as dreams and aspirations are set to manufacturing a yet to be fabricated cosmos. Now the material House is dissolving into a conceptual location of all Time’s events, in new formulation of those Future Existences.

Already the new cellular motility is ubiquitous. Everyone’s electronic connectivity is liberating Universal dimorphic-freedoms and simultaneously activating multitudinous energetic transformations. In its current ‘affordability’ crisis a ‘Housing-deficit’ conditions us to immediately and long-term activate individual and collective impulses. These become inherent to everyone’s lifestyle, from Oligarch’s extravagance to street-sleeper insecurity.

From Home-security a concerned Odysseus set-out by sea-ship on a key discovery-stage of Earth Enterprise. Now our World is reset towards advancing understandings of Cosmic Existence. We can imaginatively go into Humanity’s Future, hopeful set in safe-journey and return via a new-formed ‘Techno-House’. John McClellan. London – 20/06/19 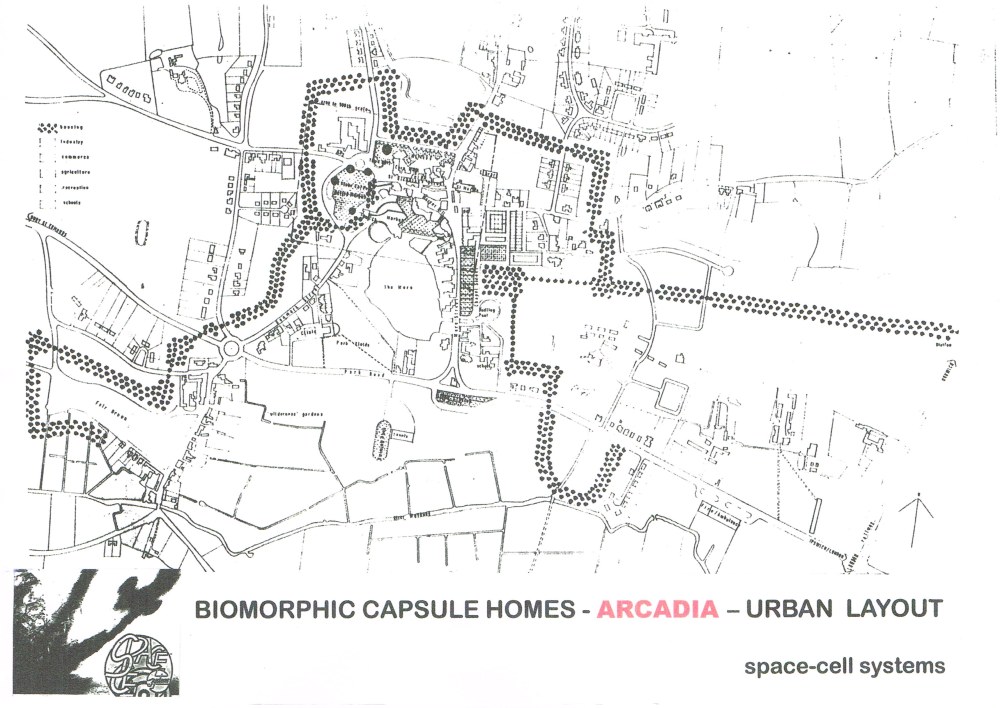 One thought on “MANUFACTURING OUR NEW HOMES”